This piece started as a challenge: could I create a floating cube in the middle of a room? Could I create a “light helmet” that would enclose the viewer’s head in a virtual box of made of light?

While McCall’s work—and certainly James Turrell (Afrum, 1967) and others before him—use light to create virtually solid forms in space, with this piece I am interested in extending this notion by using custom software to vary the color of the form in space. This, in effect, makes the “lightbox” surrounding the viewer’s head dynamic, which I think speaks to a future in which light itself is used as a medium to convey information. 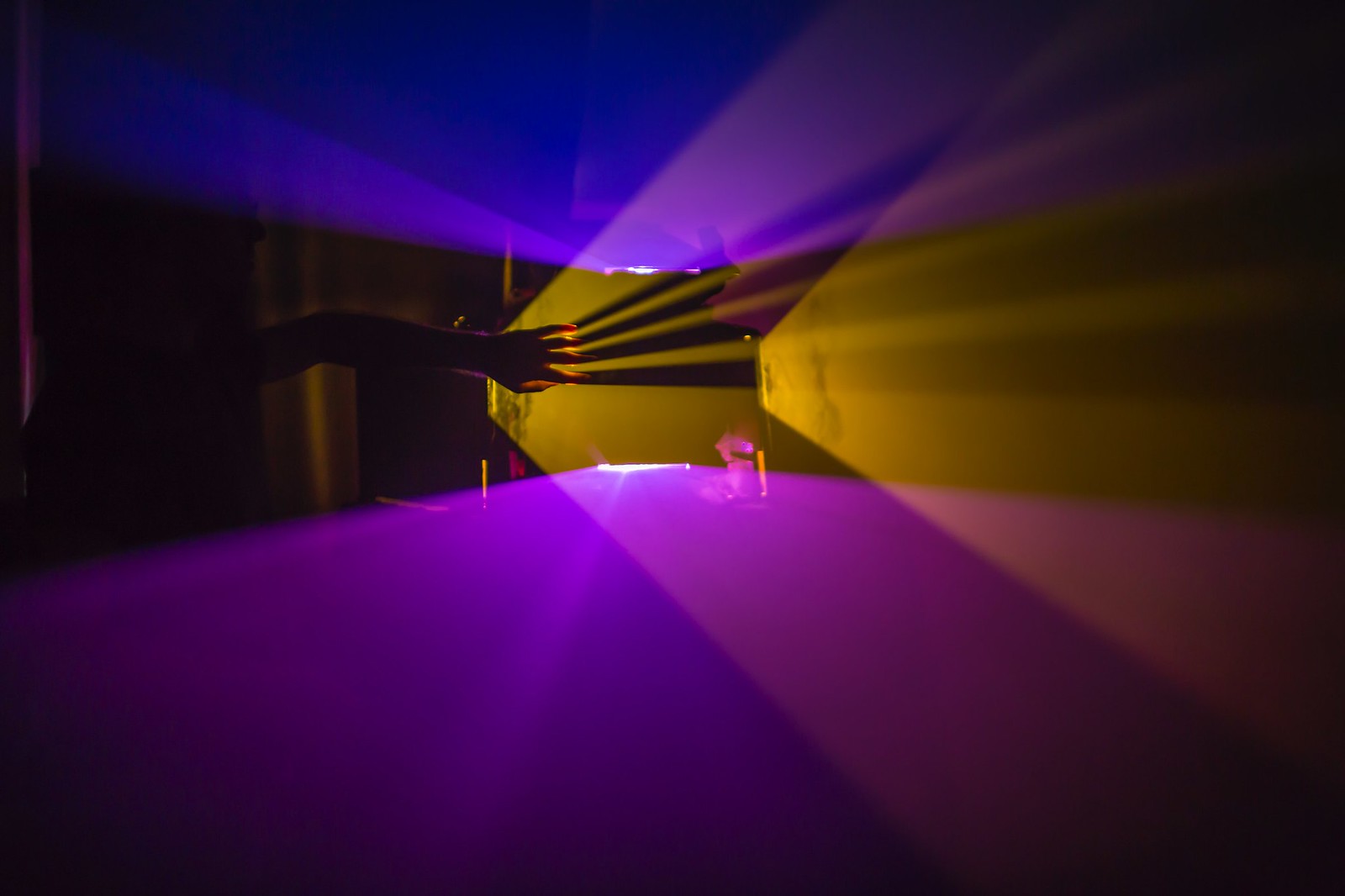 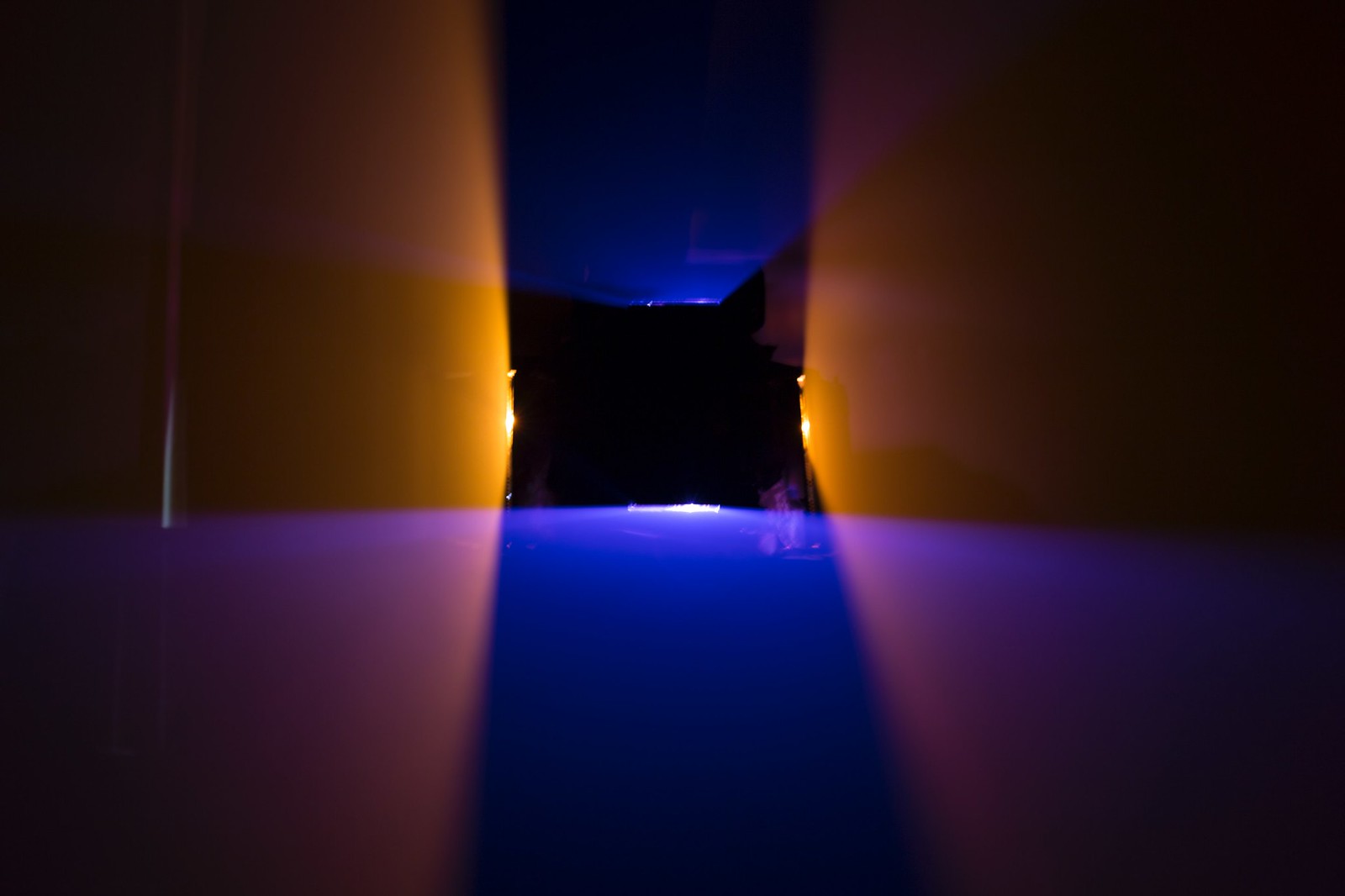 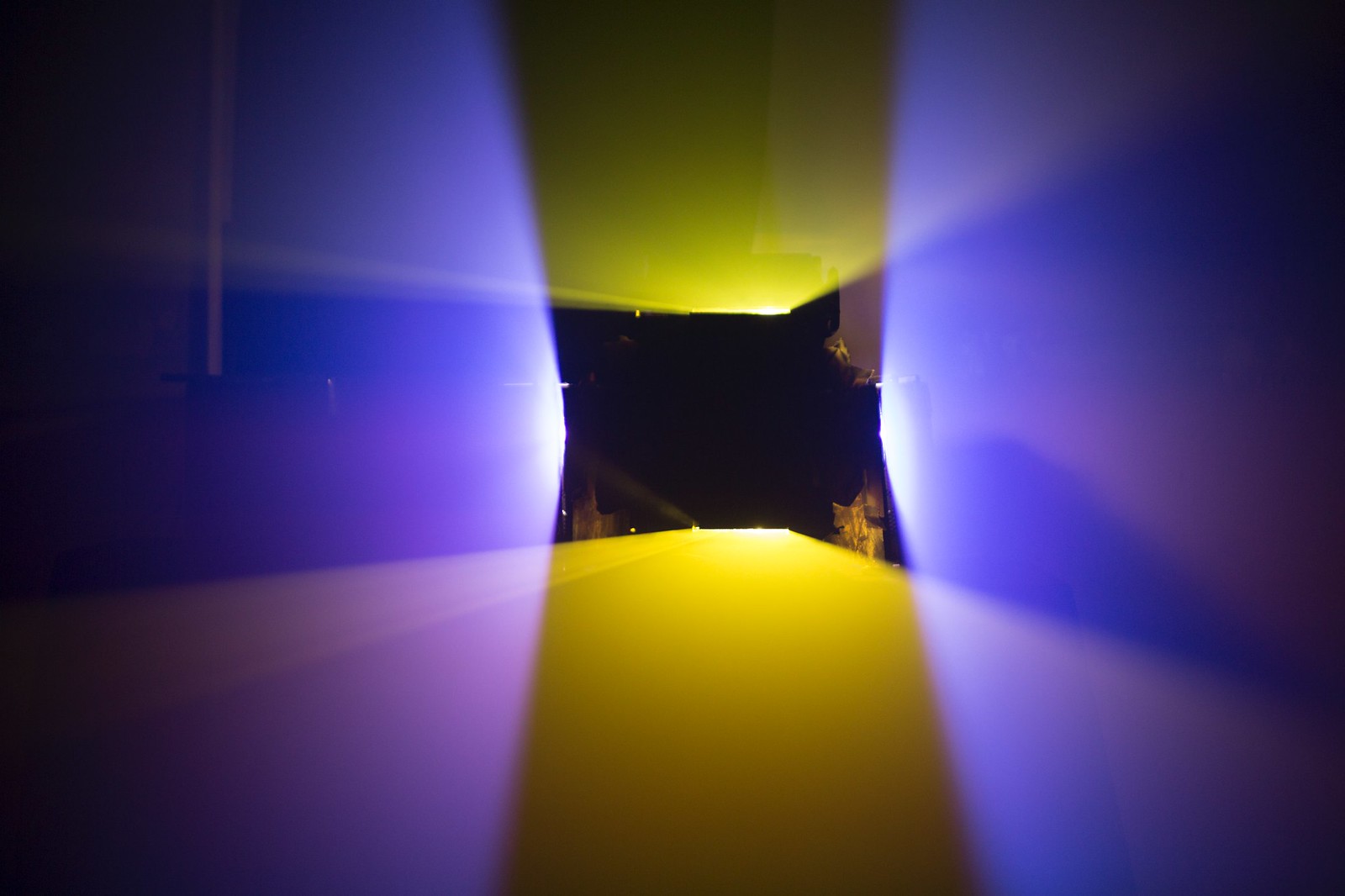 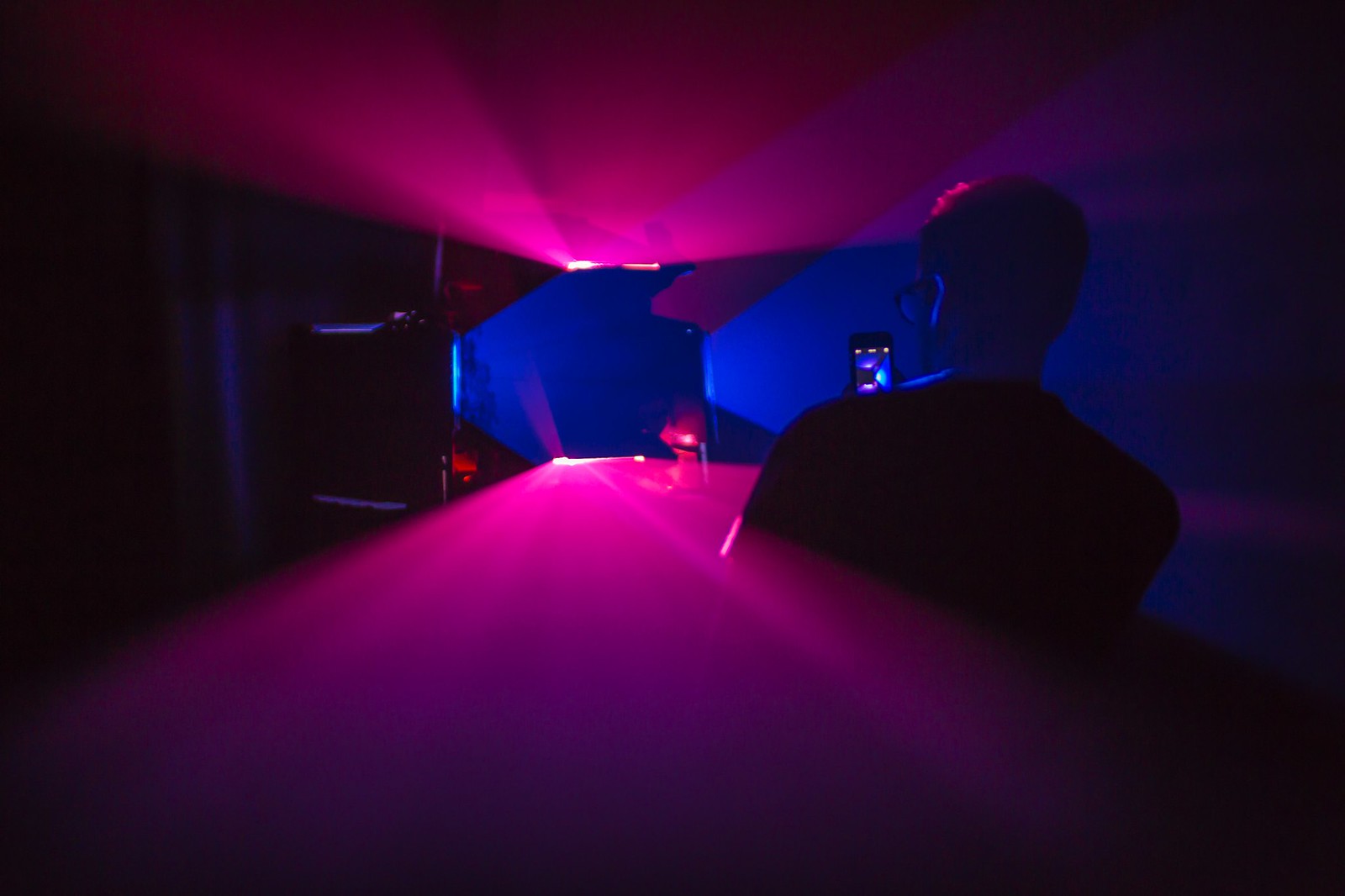 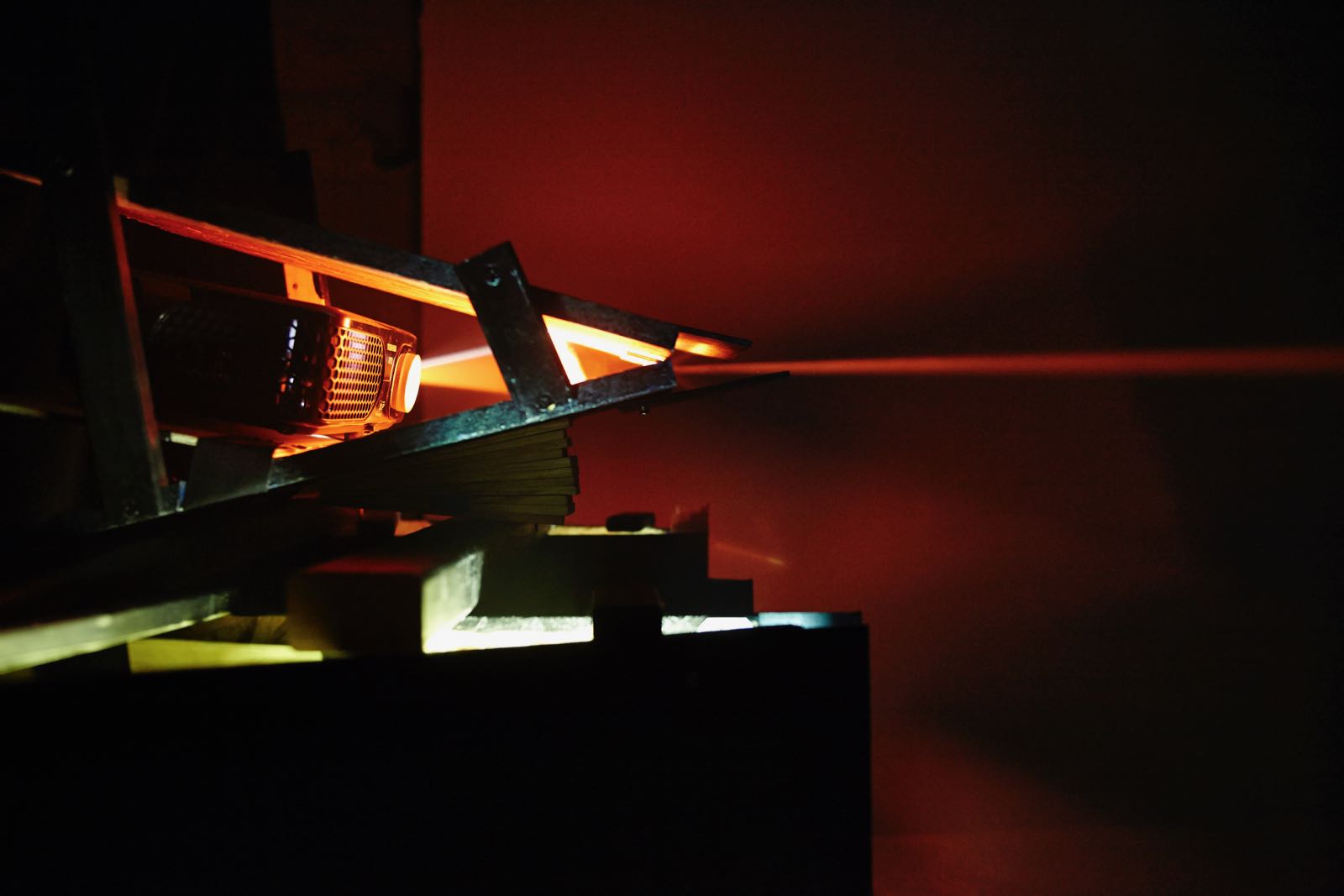 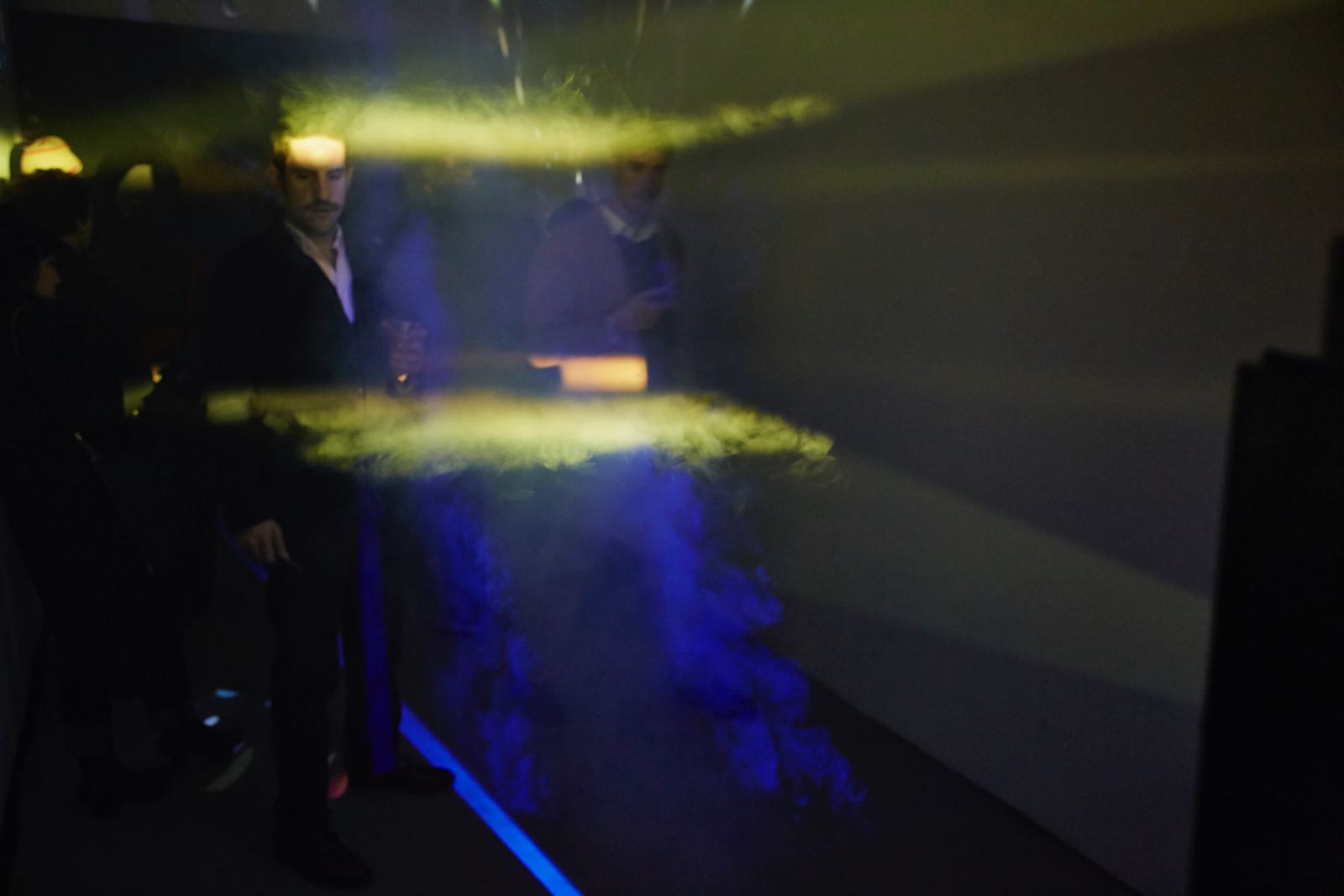 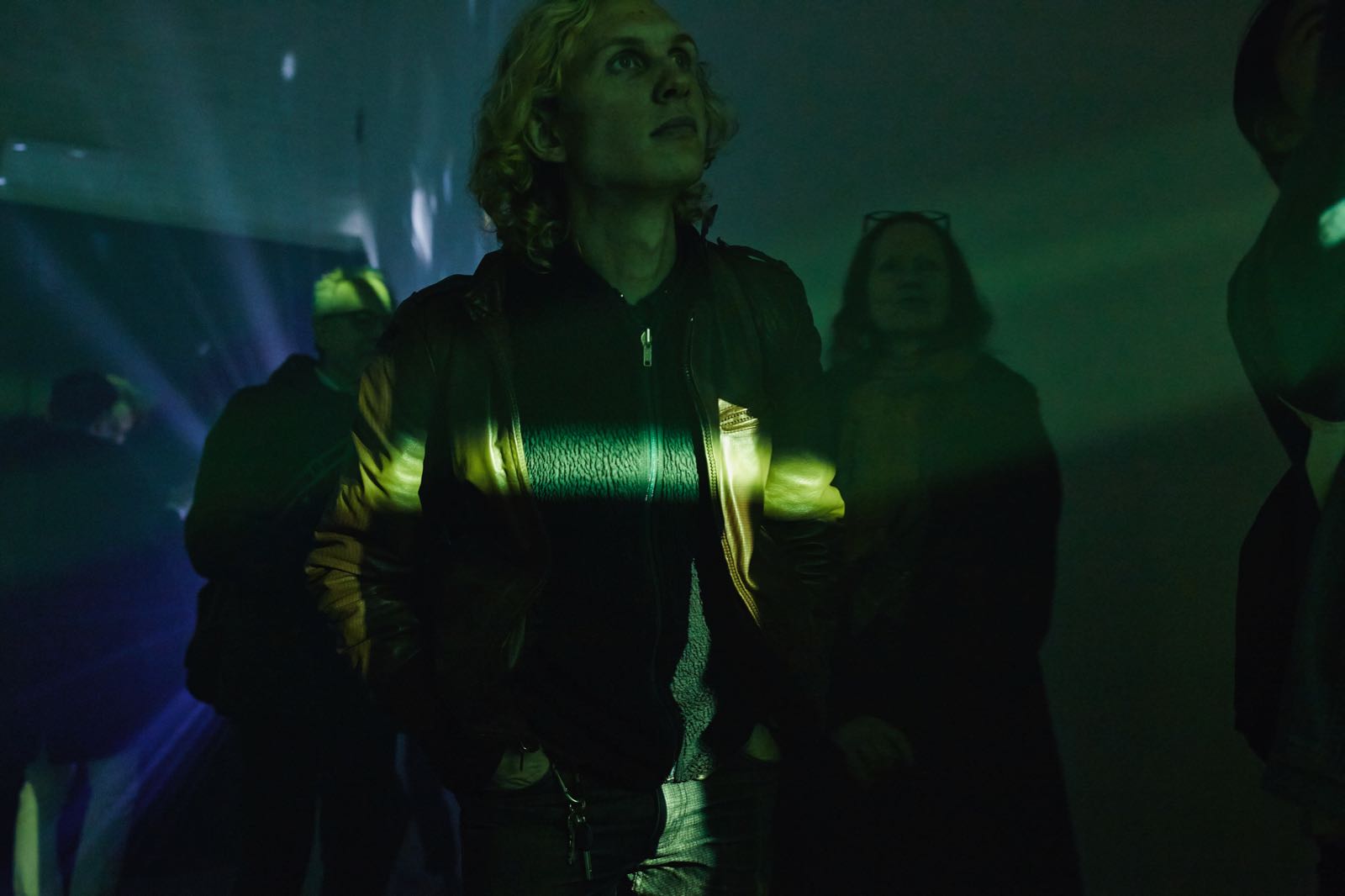 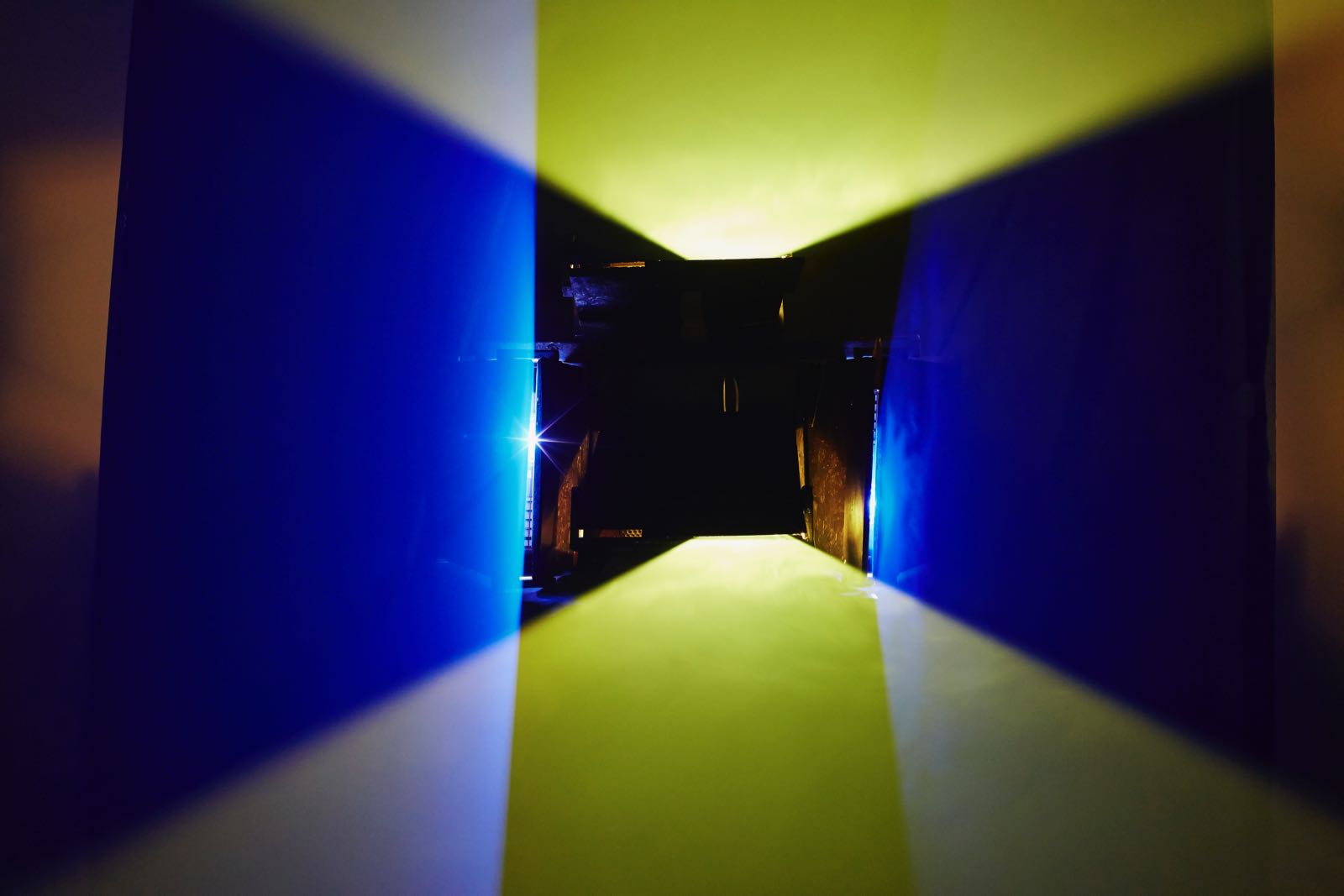 Lightbox was shown at the iconic Flux Factory in Long Island City, Queens as part of the group show Parallax : Perspectives on December 19th, 2015.

The making of Lightbox
More Lightbox
<< Previous project
•      •
Next project >>